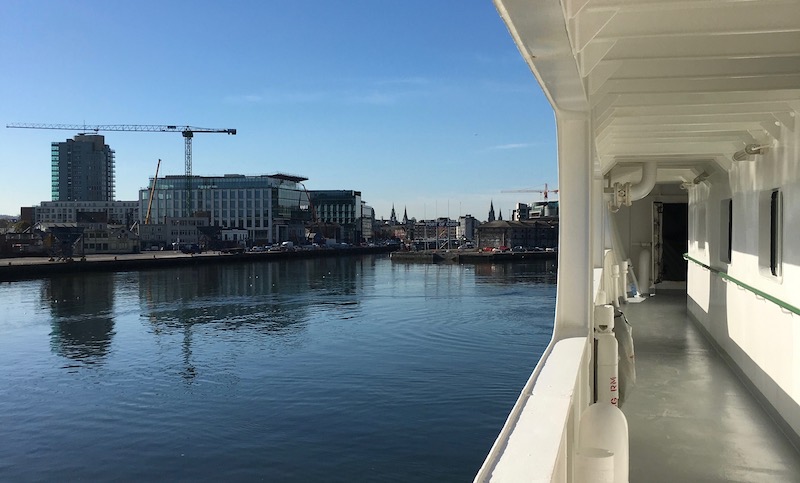 I was pretty nervous before the first time I went, and some of that anxiety was due to feeling like I wouldn’t be prepared. So, to hopefully alleviate some potential stress on any other first-time survey goers, here is what I recommend bringing.

The most important things to pack are original copies of your:

Also, if you’ll be doing anything on deck, you’ll need a pair of steel-toed boots and oilskins (also called bibs). I have these Dickies boots. They’re lined with cosy fleece! I have bibs from Grundéns bibs, but the Guy Cotten bibs are also popular. You can choose whether you prefer understated green/black, or bold yellow/orange ;). While the boots and bibs are good enough to keep you dry in the wet lab, a waterproof jacket to go over the bibs is a good idea. 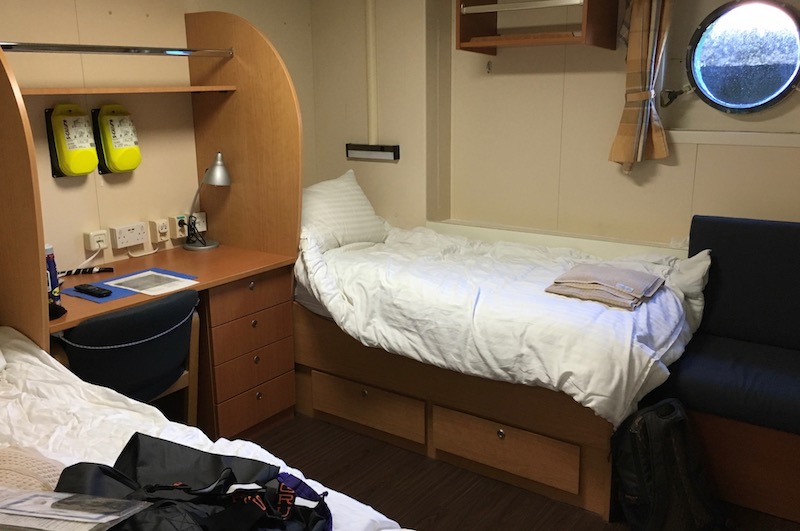 Cabin on the Explorer. En-suite bathroom not pictured. 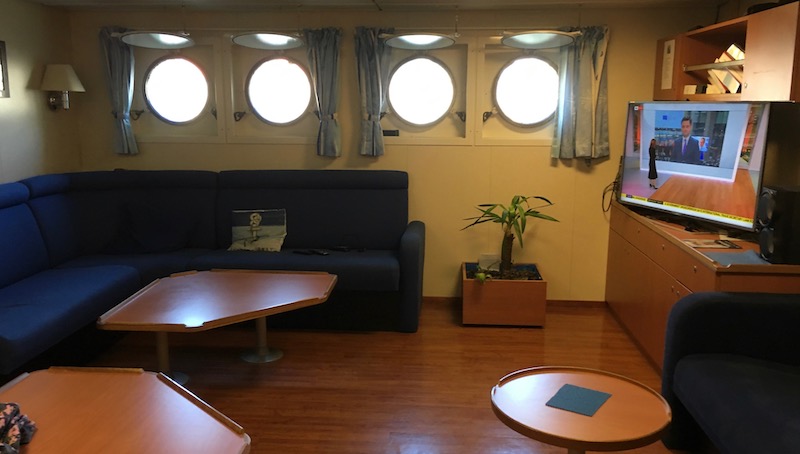 Where a lot of the scientific crew spends their downtime.

I hope this list has been helpful. Life aboard the Explorer (or Voyager) is plenty comfortable, but you can pack some things to make the ship feel more like home. If you are headed out on a cruise soon, I wish you fair seas, useful data, and good craic!