A disclaimer: we haven’t lived there for a while and Reykjavík is changing rapidly. I apologize if some of these attractions aren’t around any more. On the flip side, if you have other recommendations, let me know because I’d love to check them out on my next trip!

To start, some tips:

It’s very expensive to eat/drink out in Iceland, so try to buy most of your food at grocery stores (Bónus is the cheapest, followed closely by Krónan).

Alcohol is only sold in state-run stores (Vínbúðin), so don’t buy it in grocery or convenience stores. They carry beers that look the same, but have very low alcohol contents. If you drink, it’s a good idea to use your Duty Free allocation on the way in. You can buy local beer & spirits when you land. My favorite craft brewery is Borg. There are more and more Icelandic craft breweries, which vary in quality like everywhere. All breweries make many different beers, often seasonally-available. For example every Christmas, each brewery releases a Christmas beer. My favourite budget beer is Brío.

What to Do & Eat in Reykjavík

It’s expensive to stay in town, so if you stay a little outside, there is a bus system (Strætó). You can download the app to buy tickets (~€4/$4.7, valid for 1hr 20min). Taxis are exorbitantly expensive.

The public swimming pools with their outdoor hot tubs are a MUST. They’re the main hangout for the locals. The biggest in Reykjavík is Laugardalslaug and there’s one in the center of town, Sundhöll, but my favourite is in my old neighbourhood - Vesturbæjarlaug. It’s more of a local spot, quiet and recently renovated with many different hot tub options and a heated pool for kids & lap swimmers. I like going early in the morning to hang out with the retirees. In general, the best combo is to go to the pool and then get a hot dog from the ubiquitous hot dog stands. There’s also a nice coffee shop (also serves beer) called Kaffihús Vesturbæjar opposite Vesturbæjarlaug. They have amaaaaaaazing liquorice macarons!

If you venture further afield or are staying outside the Reykjavík city center, there are pools in almost every neighborhood. Some are quiet and quaint, like my new favorite Suðurbæjarlaug in Hafnarfjörður, and some are new and fancy, like the pool in Álftanes, which has Iceland’s only wave pool, or Lágafellslaug in Mosfellsbær, which has a big slide and lots of hot pots.

Going up to the top of the church (Hallgrímskirkja) costs a few euros/dollars and can have a long line, but it’s worth it for the view of the city. There’s a nearby cafe, Cafe Lóki, that serves traditional Icelandic food for a decent price. There are multiple museums in Reykjavík. My favourite is Þjóðminjasafn Íslands, the National Museum of Iceland. It has exhibits on the heritage and history of Iceland, including the geological history. There is also the Settlement Exhibition, a museum built around a 10th century longhouse that was discovered during some building work in Reykjavík. It’s very cool to see the real-word scale of the longhouse and learn about the Viking Age, but I feel like the entrance fee is a little steep for the size of the exhibition.

A lot of the food in Iceland is expensive for what it is. The hot dog stand down by the harbour, Bæjarins Beztu, is iconic and a must-do. My favourite cheaper places are the Noodle Station (Thai-style noodle soup) and Mandi (shawarma, falafel, etc.). Valdís is a favorite, locally-made ice cream shop. It’s in an area called Grandi, which is becoming more popular with locals as the center of town becomes more and more touristy. There are plenty of other small restaurants and shops in the area now. There are two new food halls (Mathöll) at Hlemmur and Grandi, essentially more upmarket food courts. For upscale food, my favorite restaurant is also in Grandi: Matur og Drykkur. They do updates to old Icelandic recipes.

For food and alcohol, it’s worth looking for happy hour deals in the late afternoon / early evening. Icelanders don’t tend to go out for dinner or drinks until later in the evening, so many places have happy hour deals to tempt customers to come earlier. For example, if you want to try some of the more upscale options in Reykjavík for cheap(er), you could go to Apotek for happy hour artisan cocktails (and wine/beer) from 3-6 and then go to Sushi Social for more drinks specials and discounted appetizers from 5-6.

There are plenty of bars in Reykjavík, for every preference. A few favorite bars/coffee shops (often one and the same) are:

In general, I’d recommend not shopping in Iceland. It’s just too expensive and most tourist shops sell the same mass-produced tchotchkes. They’re called “puffin shops” by the locals and have replaced many beloved businesses in Reykjavík.

That said, if you do want a couple of souvenirs, there are some smaller, independent shops throughout the city. Just keep your eye out and check side streets and bookstores, rather than the puffin shops. The best souvenir, IMHO, is a lopapeysa. To get a traditional, handmade Icelandic sweater, the best place is the Handknitting Association of Iceland’s store in central Reykjavík. You can also check for used/vintage sweaters and other interesting finds at the Kolaportið flea market or in charity/thrift shops around town.

If wool sweaters aren’t your speed, there are three Icelandic outdoor-wear brands. Icewear is less expensive and has some good accessories. They are getting into the mass-produced plastic crap game too, unfortunately. 66°North and Cintamani are higher-end (think Patagonia or North Face). They both have flagship stores in central Reykjavík, stores throughout the country, and outlet stores in the Reykjavík suburbs - great for getting good deals on high-quality gear.

For day trips around Reykjavík, you can take a bus (or, better yet, drive) to the trailhead for Esja, the mountain that overlooks the city. The trails range from relatively easy to challenging. There’s also the Hveragerdi Hot Spring Trail, a hike along a “thermal river” with many different swimming spots. You can also book many tours from Reykjavík; Arctic Adventures is a good tour operator and offers many options.

The Blue Lagoon is cool and is now iconic, but it’s expensive and will be busy. Don’t let anyone tell you it’s natural, either. It was an accidental discovery by locals when the silica-rich effluent from the nearby hydrothermal plant coated rocks and formed a warm pool. Laugarvatn Fontana is another nice modern place, but for a more traditional feel, the Secret Lagoon in Fluðir is one of the oldest swimming pools in Iceland but has been renovated recently and is a lovely spot, including a little walkway through the natural hotsprings. You can also find hidden hot pots and public pools throughout the country.

If you’re a diver, you can go dive in Silfra, a fissure in the zone between the North American and Eurasian plates, filled with glacial water. I would only recommend this if you are an experienced drysuit diver. If you’re not used to drysuits, or aren’t a diver, you can also snorkel in Silfra. You can see everything from the surface because the water is so clear. This is, however, a very expensive addition to a trip and they constantly change the regulations, so read up on the options if you’re interested.

These days, nature has provided Iceland with a conveniently-located volcanic eruption on the Reykjanes peninsula. The conditions at the site are constantly changing and it is a hike to get to the eruption site, up steep elevation on uneven ground. Information on the gas and weather conditions (including whether the site is closed due to the conditions), as well as parking and other transportation options are available here.

One note: if you’re heading to Iceland in the winter (November - May), be prepared to be unable to leave the city due to weather. Also, don’t come just to see the northern lights. Even when there’s high solar activity, you need a clear night and pure darkness to see them. So, of course, you can’t see them during the summer when there is no night. During the winter, there is a chance there won’t be a clear night during your visit. You can check the aurora forecast here, but it’s a crapshoot, more or less. Your best bet is to rent a cabin in the countryside with a hot tub so you can sit out for a long time!

The Golden Circle is a classic day trip with some great sights. You can do it in 5 hours, but my recommendation is to start early in the day and take your time. You can take a bus tour or drive it yourself.

I’d recommend doing a day trip (during the summer when there’s enough light) or an overnight to the Snæfellsnes peninsula. It’s north of Reykjavík and offers a chance to see a little bit of everything (glaciers, mountains, lava fields, waterfalls, beaches) in one trip. It’s also, hopefully, a little less full of tourists than the Golden Circle and there are lots of places to stop and enjoy the Icelandic countryside.

The South coast is a popular route and there’s plenty to see. It became more popular after a recent Justin Bieber video, but we can ignore that. Reynisfjara beach, with the black sand, is amazing, but be careful. A few tourists have been killed recently by rouge waves when they get too close to the water. Jökulsárlón, the glacial lagoon, is also a great stop. Just don’t climb on any icebergs, as they’ve been known to flip. Between the beach and the lagoon, there are a couple of great waterfalls and other sights. Jónsi is from a town along the route called Kirkjubæjarklaustur. There’s a good cafe in town called Systrakaffi.

When renting a car, get the gravel insurance if you’re planning on going on any unpaved roads (of which there are many). Driving off road is illegal. Icelandic nature, especially moss that covers most of the country, is incredibly delicate and slow-growing.

Road conditions can be unpredictable, even in the middle of the summer, so check this website to see which are passable. In general, don’t go on any “F Roads”, since they’re only safe for kitted-out SUVs. Here are some resources for how to stay safe. This website (and app) allows you to register your itinerary with Search & Rescue so they know where you were planning on going, if anything happens. If you’re off the beaten track, SafeTravel also has an app that can send your location to Search & Rescue in an emergency, even if there’s no service.

Also, fuel stations, convenience stores, and rest stops are few and far between in the countryside. Make sure you keep your gas/diesel/petrol tank full and be aware that there may not be a lot of bathroom options. I can’t believe I have to say this, but please don’t defecate in people’s gardens or on public paths. Just be respectful and always clean up after yourselves, no matter where you go!

Enjoy your trip! It’s an amazing country and no matter where you go, there’ll be something beautiful to see. 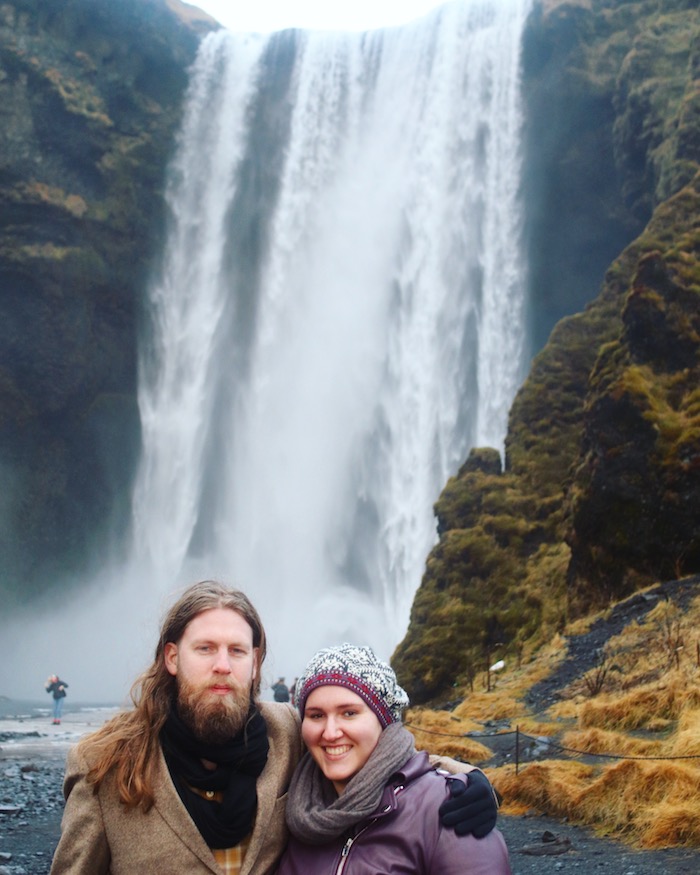