Hi, dear reader! This is an old post from a travel/adventure blog I used to keep. This is my sixth post from my old job as a Waterfront Intern at the School for Field Studies Center for Marine Resource Studies in the Turks and Caicos Islands, in which I brag about seeing whales and talk about another research project. Also, I get really excited about chocolate milk.

And by that I mean there be whales! I can’t believe it. I’m hearing them on dives, seeing them on boatsits, and counting my lucky stars yet again. We’re hearing them on almost every dive, especially below 50 feet. I know it sounds silly, but it’s not what I expected. I mean, it sounds exactly like Whale Sounds. Like from a new-agey CD. I guess I was expecting some technological wizardry, or transformation from what you can hear in real life to what’s captured by speakers, but it’s pretty much the same. We’re missing the lower register, but I think that’s because of the distance; we only hear the higher-pitched side of the songs. Kat thinks it’s annoying, and I can kind of see her point, but, I mean, WHALES! Like near me while I’m underwater. Woah.

Otherwise, I’m actually struggling to think of what might interest y’all. The start of the semester has been smooth; we just certified 5 divers here at the center, so that’s a huge leap forward. We’re in the middle of ID sessions, so I should probably make sure I can actually tell the brain corals apart. The students are settling in and so far are a wonderful group. It’s still a little strange to me that they’re here and not the students from last semester. Last semester feels like a dream, like it happened ages ago, but also I keep expecting to see the last group of students whenever I come downstairs. It’s early in the semester, though.

We did take last Friday to go on an adventure! We interns work on a beach profiling project, a protocol developed by the World Wildlife Fund to monitor the effects of sea level rise on beaches around the world, and therefore the effects on sea turtle nesting. We monitor 3 sites on South Caicos every month and travel to further away beaches every quarter. We’re recording the slope of the beach, along with sand particle size, albedo, and light and temperature readings below the sand. Each beach will be affected differently by sea level rise due to climate change, and we’re monitoring beaches that have historically had turtle nests.

Before, we’d gone to White, Bush, Fish, and Ambergris Cays (south of South Caicos) on the DEMA boat (TCI department of the environment), but their boat has been broken for the past few weeks and we decided to take the Whaler instead. The trip took all day, 10 hours in the field, in the sun. The perks are some of the most beautiful little desert cays, out of sight of all civilization, and then lunch on Ambergris. It’s inhabited, but barely. The very wealthy have vacation homes; the island is so isolated that everything has to be flown in. I asked how they get their food and the answer was that it comes in with their private chefs. There’s a support system for the island, providing electricity, utilities, a fire department, and that’s who we hang out with. When we go to Ambergris, we eat in the staff cafeteria and get driven around in a golf cart; essentially we’re brought in to the island’s back door. It’s a lot of fun, especially because, though the soft serve machine was still broken, they did have chocolate milk ;). 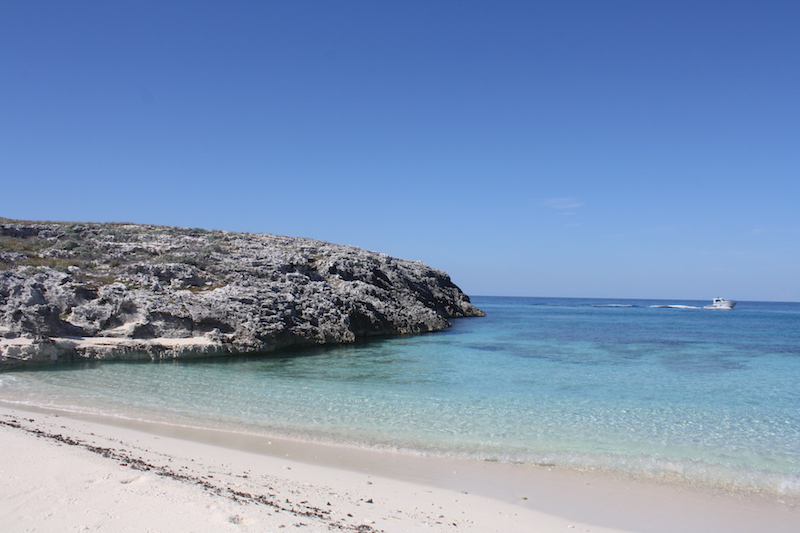 Reenacting Castaway on our very own desert island - White Cay. 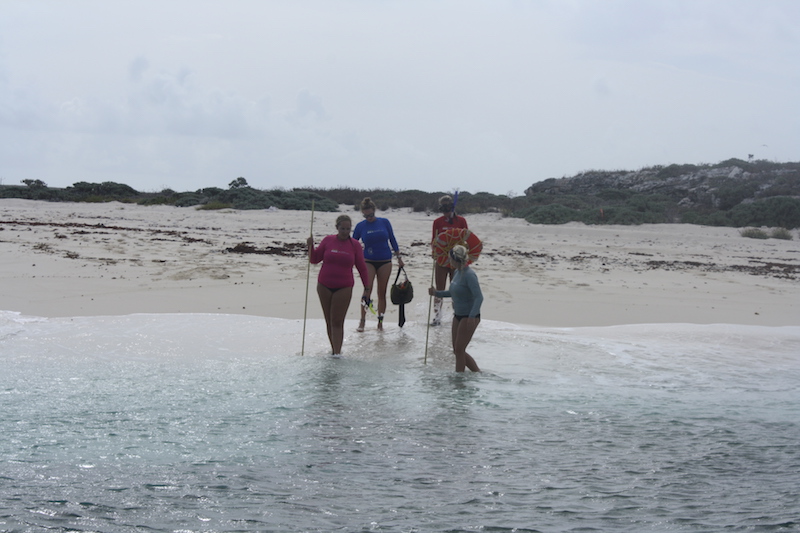 Rainbow interns (from L to R: me, Erin, Amanda, Kat) heading back to the Whaler after profiling White Cay. 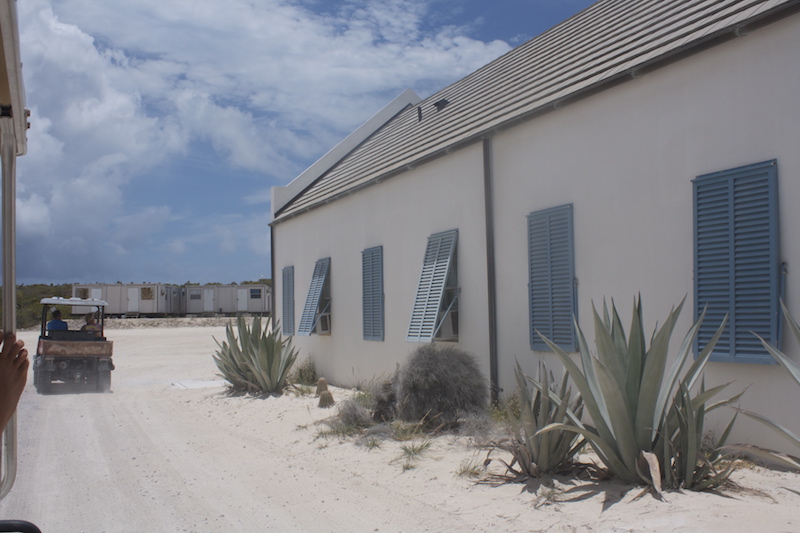 The best part of the day (some would say): driving golf carts around the back end of Ambergris Cay.

The trip also afforded me time to work on one of my new skills: reading water depths. I impressed myself, often very close to the Whaler’s depthfinder. Navigating in and out of these cays means dodging coral heads and trying not to beach the Whaler, which we did only once. Hooray!

Speaking of skills, Friday is our 6 month anniversary as interns. In those 6 months, I’ve become a much better diver; I realized recently that I no longer think anything of strapping an aluminum can on my back and descending 100+ feet below the surface. We’re all more comfortable, allowing us to focus less on learning the ropes and more on our own projects. In fact, on Wednesday, we’re going to start spearing lionfish.